The 14th All-Russian seminar of grading instructors of the RKF. 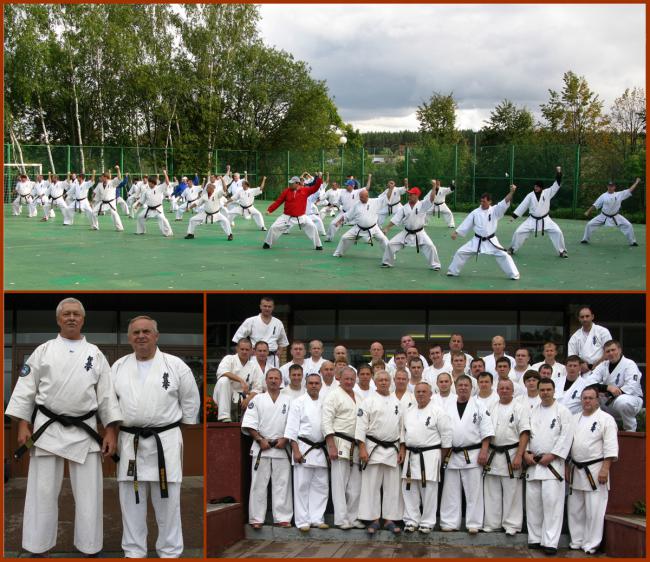 On the 16th-18th September 2011 in Podolsk there was held the 14th All-Russian seminar of grading instructors of the Russian Kyokushinkai Federation, where IFK Syllabus and methods of teaching of Kyokushin School were studied in details. About 50 leading grading instructors from all regions of Russia were participating in the seminar. The seminar was directed by Shihan Alexander Tanyushkin (VII Dan) and Shihan Victor Fomin (VI Dan). Traditionally organization of the seminar was provided by the Chairman of Podolsk Federation of Kyokushin karate Sensei Vladimir Smolyankin.