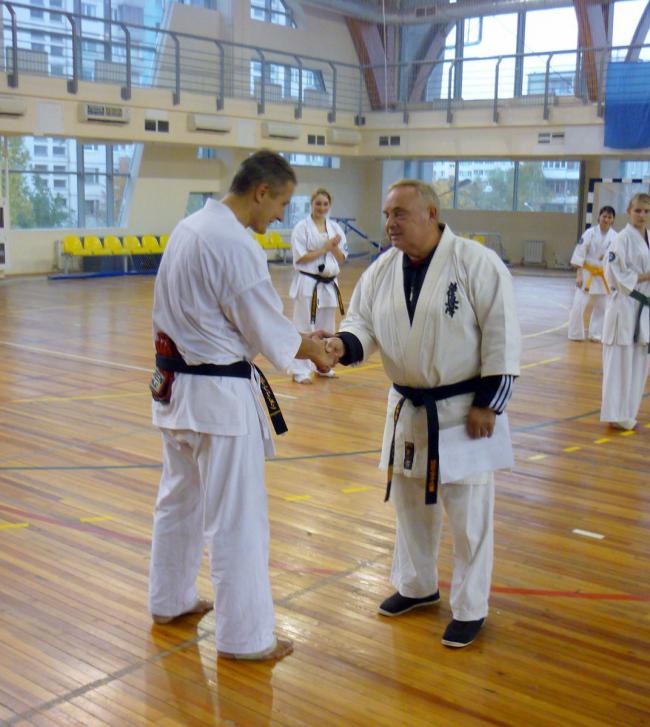 On the 8th-9th October 2011 in "Sodruzhestvo" Sport Palace there was held Autumn School of the Moscow Kyokushinkai Federation under direction of Shihan Alexander Tanyushkin (7th Dan).

During two days of the seminar there was held Report & election Conference of the MKF where the following strategic changes in the MKF development were introduced:

1. There was changed the status of the MKF President Oleg Ignatov who became the Honoured President of the Moscow Kyokushinkai Federation.

2. Dmitry Shaposhnikov (IV Dan) was elected as the Chairman of the MKF and Andrey Khimichenko (IV Dan) - as the Vice-Chairman.

On the 9th October there was held the grading where Alexey Brykin, - the oldest student and experienced fighter of SC "Bushido Mon" (bronze prize winner of the 1st World Kata Championship, Master of Sports of Russia), - was successful.  We congratulate Alexey Brykin with successful passing the grading for the 2nd Dan!