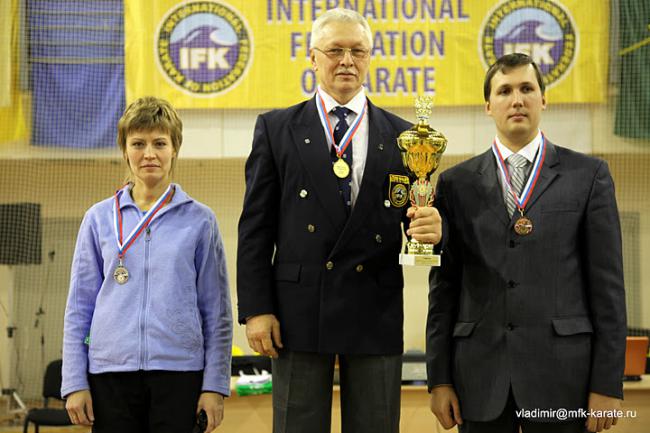 On the 30th October 2011 in "Sodruzhestvo" sport palace in Moscow, for the first time in Kyokushin history and with support of the Ministy of sports, there was held the 1st Russian Kata Cup. Within the limits of this competition there was also held the Open Cup of the Capital. Main judge of Russian Kata Cup - Victor Fomin (VI Dan). Main judge of the Open Cup of the Capital Sergey Makarov (III Dan). Main Secretary - Andrey Khimichenko (IV Dan). The general amount of participants – 202 fighters from 24 regions and 27 towns of Russia. Organizer of these competitions – Moscow Kyokushinkai Federation.

We congratulate SC "Bushido Mon" team which has won the 1st team place!

We congratulate fighters which have became prize winners:

Cup of the Capital:

Administration of SC "Bushido Mon and Moscow Kyokushinkai Federation thank for the help in organizingh competition: