Youth Championship of SC "Bercut", dedicated to the 70th anniversary of the battle near Moscow. 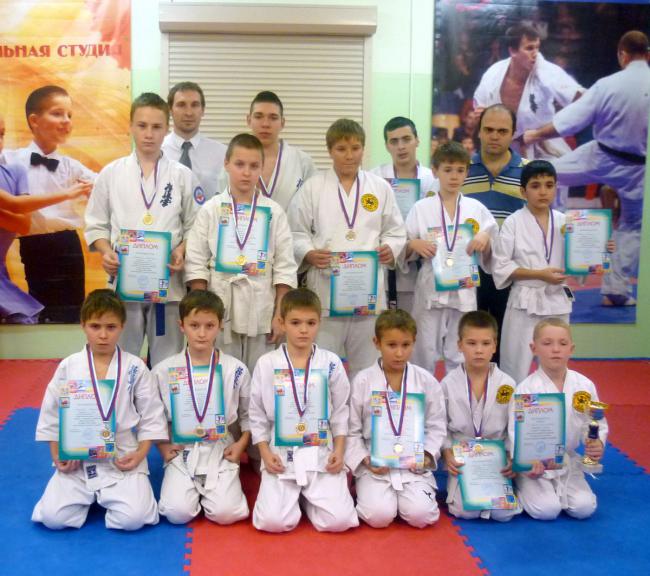 General amount of participants - 60 fighters of 7-16 years old. SC "Bushido Mon" was represented by 3 dojos: of Y.Tseytlina (3 fighters), Y.Neustroev (7 fighters), S.Kireev (9 fighters.) Among judges there were S.Kireev, A.Graschenkov and Y.Neustroev.

At the same day in Kuzminky there was held the team competition of Shotokan karate and Kyokushinkai (6-6). Kyokushinkai was represented by S.Kireev's dojo.
Kyokushin fighters have won the opponents with a score of 5 points to 1!