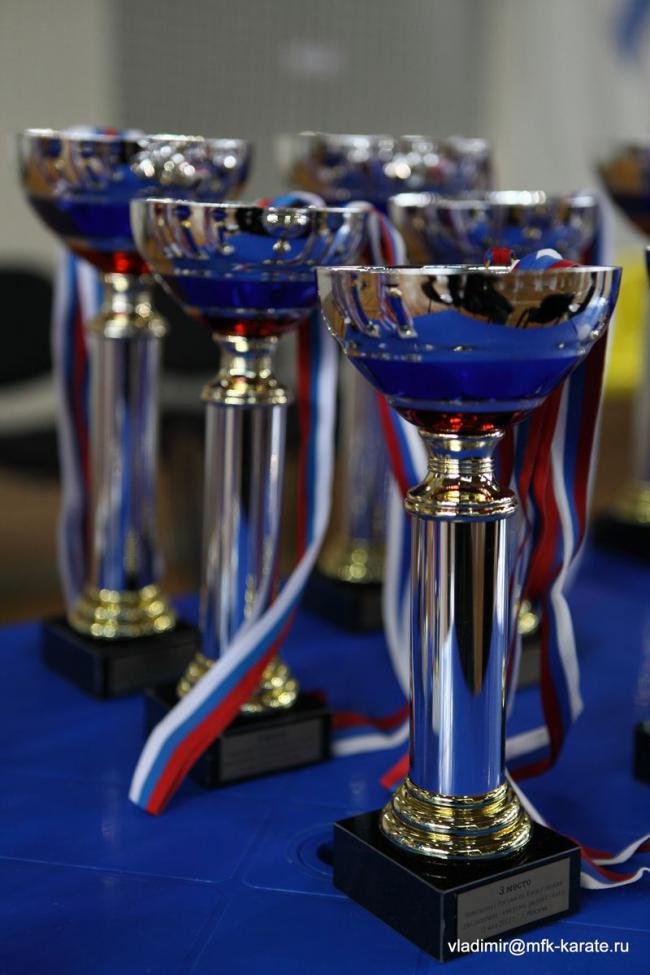 On the 13th May 2012 in Moscow, in “Sodruzhestvo” Sport Palace, there was held a great sport event. At the same time there were held Russia Kata Championship among adults, Russia Kata Championship among juniors, Open Junior Championship of the Moscow Kyokushinkai Federation and also Budo Karate Festival, where adult green, brown and black belts were engaged in competion performing Kyokushin IFK Kata or other Katas with weapons. In general there were 167 fighters from 19 regions of Russia. Main judge – Victor Fomin (VI Dan). Main secretary – Andrey Khimichenko (IV Dan). The organizers of the competitions – RKF, MKF and personally D.Shaposhnikov and E.Rastorguev.

For the first time in Russia Kata Championship black belts category was open for brown belts – for those who were competing in their own category but were also ready to compete with black belts performing obligatory 2nd–3rd Dans’ katas.

Also for the first time in Russia Kata Championship there was held Budo Festival where 14 participants were performing kata with weapons. It is known that IFK group of experts are developing on traditional basis katas with weapons, which build up a special separate syllabus. During this Festival fighters were performing officially recognized katas with Knife (developed by Shihan Victor Fomin), with Sai (developed by Shihan Alexander Tanyushkin) and with Bo (developed by Shihans Dave Lund Regan, Alexander Tanyushkin and Victor Fomin). Besides spectators saw other katas performed with Sai, Nunchaku and Bo. All participants were presented by diplomas and the best 3 winners have got special diploma of I, II and III degrees.

Results of Russia Championship among adults

Results of Festival competition in performing Kata with Weapons

Results of Russia Championship among juniors