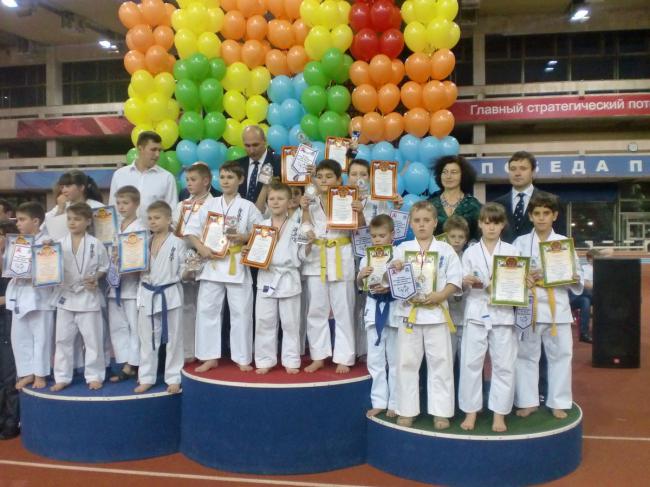 On the 4th November 2012 during State Holiday "The day of people's unity" there was held III Festival of Eastern single combats of Moscow NAR "We are against drugs" and Russian Budo karate Festival. There were over 70 participants from Moscow clubs and regions of Russia (Republic of Karelia, Kirov region, Moscow region and Tula region).

During official opening of the event there was held awarding of Alexander Tanyushkin with certificate and breastplate of Honoured Coach of Russia!

We congratulate SC "Bushido Mon" prize winners and their coaches: