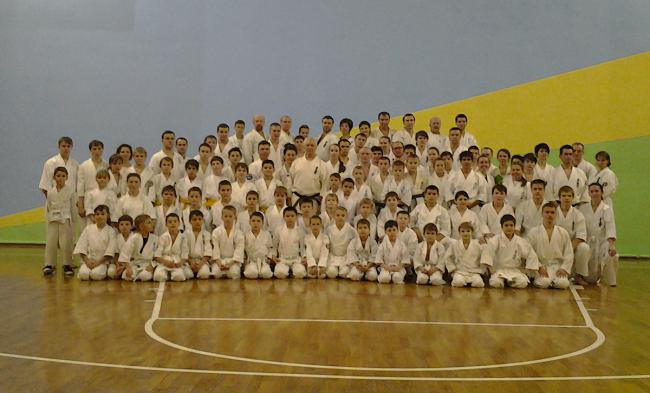 The first general training session was dedicated to the basic elements of IFK Kyokushin techniques and to some methods of increasing speed of moving in basic stances. During the second training sessions there was parallel training with 5 groups of participants according to their style qualification (white, blue, yellow, green belts and brown with black belts). The Seminar has completed with grading examination.