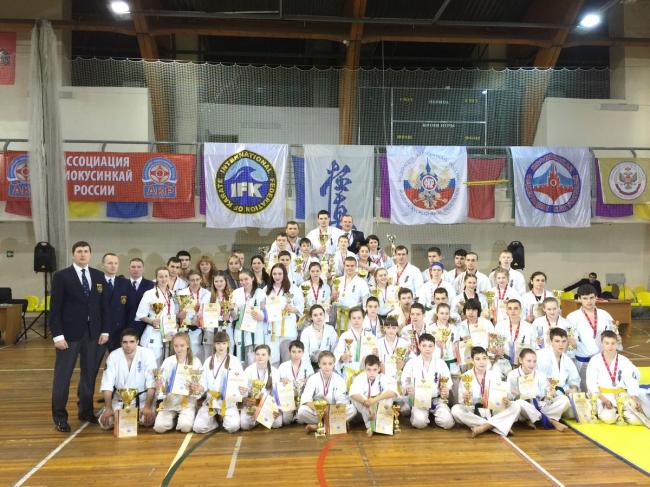 On the 14th February 2016 in Moscow (Sport palace "Sodrughestvo") there was held Kumite Championship. There were over 240 спортсменов fighters from Moscow Kyokushinkai Federation and other regions of Russia.